Confessions of a Beta Buddhist

I have been attracted to the Buddha for most of my adult life. I don’t know what it is or how it arrived, but he is there silently looming by my side. Maybe it’s some leftover karma from another life, or perhaps the early exposure to Christianity drove me to find an alternative figure. However he showed up, I am grateful.

There have been a few books over my lifetime that have had deep, lasting impacts on who I have become. One of those is Siddhartha by Hermann Hesse. If you have any interest in knowing more about the Buddha’s story, this is a wonderful expression of his life and message. It’s short and sweet.

I decided I wanted to dive deeper into the Buddha’s teaching, so I signed up for a course in Kathmandu. Nepal is a majestic place, home to the tallest mountains in the world, sandwiched between Tibet and India. Many Tibetan fled Tibet for the high mountainous regions of Nepal. Thus when you reach a certain altitude, the border between those two worlds blurs.

After finishing the Buddhist course in Kathmandu, I felt called to continue my practice and live in a monastery for a few months. Was monastic life for me? I had to give it a shot.

I found out after some research that there was a monastery that had a residential program for western students just outside Kathmandu. The monastery was called Kopan, located in Boudhanath, part of the Mahayana tradition.

I had been to the Boudhanath temple, a place of legend and controversy. Some say a king was buried there, and others say it houses the remains of Kassapa Buddha. There have been lots of Buddhas according to Buddhist tradition. The one we all know about was Gautama, the fourth Buddha listed in the Buddhavaṃsa (the Buddhist bible). Gautama was an all-star Buddha.

There are two traditions in Buddhism—Mahayana and Theravada. Both traditions have the same core beliefs and follow the teachings of the Buddha. Theravada is the oldest tradition. Mahayana was founded as an alternative version—I like the idea of thinking of the early seceders as Buddhist rebels. I like friendly rebels. The best definition I read was that these two traditions are different expressions of the same teaching. However, if you talk to a Buddhist scholar, he could pontificate for days about the differences.

I found my way to Kopan one sunny Nepal day and moved into my room. The room was as you would suspect in a monastery; one tiny bed, a lamp, a chair, and a desk. No electronics allowed. Phones and computers were confiscated upon arrival.

I strolled over to the orientation to get my Buddhist marching orders. The meditation bell would be rung at 4:30 am. We’d have until 5 am to slam down some hot porridge and get our butts into the meditation hall for our first round of sitting. Lots of sitting.

Next came the borage of a few more rules—no talking or speaking of any kind except during the questions and answer session with the main man and head Lama. We were discouraged from speaking amongst ourselves. Forbidden is the word I remember. Oh yea, we’d be fed breakfast and lunch—no dinner. If you slept in late and missed the 30-minute window for breakfast, you’d be down to one meal. I was starting to question my decision to be there. Was I in jail?

Their diabolical Buddhist plan (diabolical, can I do that) worked because I never slept in late—no way I was going to miss that hot porridge and nasty Tibetan tea with yak butter after listening to my stomach curse me throughout the night.

I have dabbled in many religions during my earth’s tenure, yet I keep coming back to the eastern mystics as guiding mentors in my spiritual journey. In fact, I gave a large portion of my working life to helping one, in particular, spread their teachings—more on that in another article.

Most people I encounter that are attracted to these religions are broken—just like me. Broken people gluing together broken pieces of themselves with an exotic band-aid. Are there any unbroken people out there? Maybe less broken is a better way to describe them?

I got the suffering part down, so I could scratch off the first two ‘Truths.’ I see that my desires create most of my suffering. I want this, I want that, I cannot have this, I cannot have that. Attachment to a particular outcome and the emotional turmoil that rings in my being when those attachments aren’t met lead to most of my suffering. Then there is all the suffering from my childhood, see the previous post, which Buddhists believe are leftovers from past karmic agreements, kind of like homework that you never completed.

Meditation and the taming of the mind are part of the path that leads to the end part of suffering. I was down for that. Sitting on a cushion at 5 am in the shadow of the Himalayas. Tick. Did it work? Could I assign myself to the less broken category of humanity?

There were stories of practitioners that would experience spontaneous samadhi in the middle of a long meditation session. Samadhi is like a mini-enlightenment, a temporary state of oneness. Like an orgasm. Some would have to be carried out of the meditation hall, never to be seen again, so the story went.

I never saw it happen, ‘you want it too much’, my fellow feminine meditator told me. She was right. I wanted her too, damn desire clenching at my meditation pillow as I peaked at her long luscious hair flinging attachment at me between counting my breaths. One inhale. Two exhale. Three, l want to touch that hair.

What I remember most of that time was the silence. No chit-chat during meals. No vocal posturing in conversation. No gibberish falling from the tongue to cover up shyness or insecurity. Eyes meeting. Eyes talking. Mouth shut.

We sat in silence mostly and received teaching about the Buddha from the head Lama dude. Our Lama had spent over a decade alone in a Himalayan cave meditating. He allegedly had proof. He was a card-carrying cave caretaker—caretaking himself. He was like a rock star among the other Tibetan Buddhists, and everyone wanted to be like him. I didn’t.

I eventually left the monastery a few months later. It changed the course of my life and sent me in a new direction. Maybe I am reading too much into it, but I did feel like a different person after the experience. I hadn’t left the compound of the monastery once in several months. I can still remember the taxi ride back to the hustle and bustle of Kathmandu. I knew that my life would be different and I could feel both the burden and the joy of the world in me deeper. I had new eyes. I had quieter eyes. 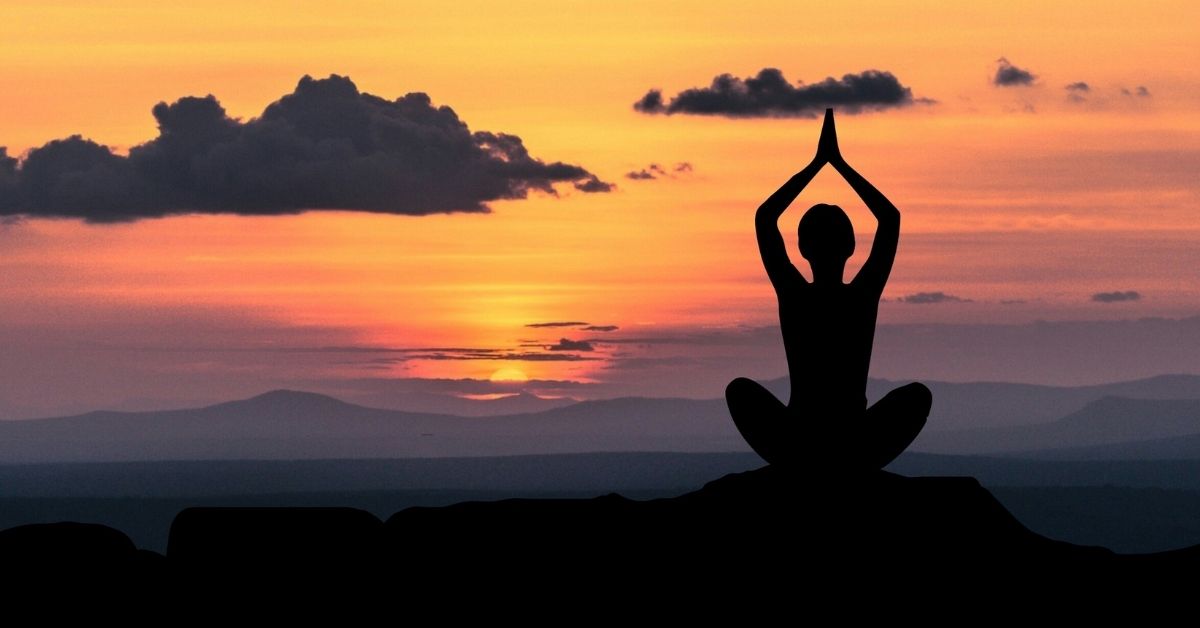